Our offices are close to the Nantes beltway and quickly accessible from the exit n°39 “Porte de la Chapelle” exit, keep on following “Universités”.

Follow the “Cours des 50 otages” up to reaching the river Erdre, then turn left on Paul Bellamy street. At the Rennes roundabout, follow the “Universités” direction on your right.

Our office is on the tramway line n°2 – direction “Orvault Grand Val” up to the Stop “Ecole Centrale”. Itinerary here.

The taxi ride is about 25 minutes in normal traffic conditions. With public transportation, take the special bus line to City Center and then take tramway n°2 – direction “Orvault Grand Val” up to the stop “Ecole Centrale”. 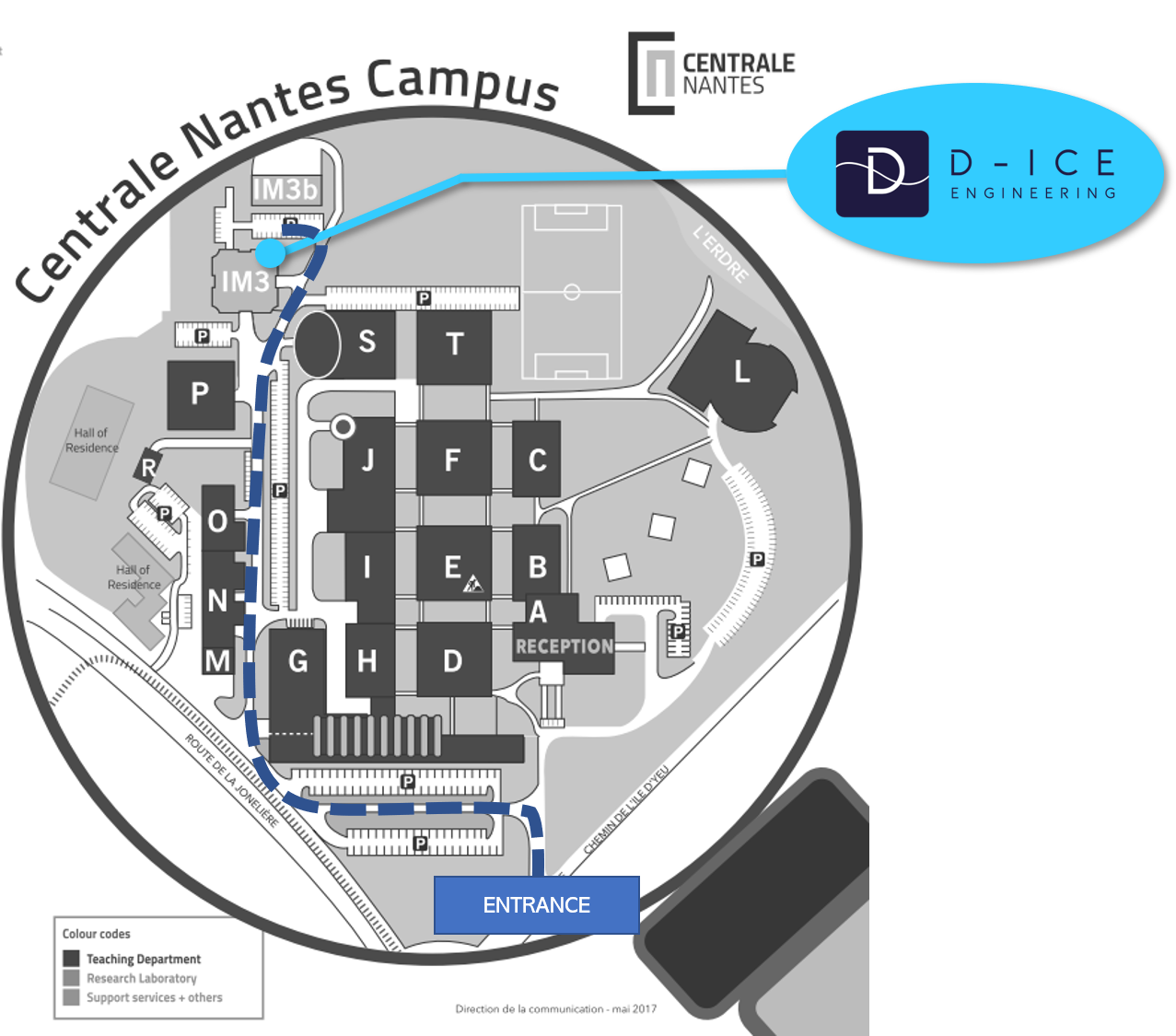